John C. Hoyt, now deceased, and Alexander (Zander) Blewett, III, started the Hoyt & Blewett PLLC Montana law firm in 1985. Legendary trial lawyer, John C. Hoyt, is widely considered to be the founder of modern tort law in Montana and was regarded as one of the preeminent trial lawyers in the nation. Mr. Hoyt tried countless jury trials on behalf of injured Montanans. Due to his tireless preparation, creative legal thinking and prudent judgment he obtained numerous record-setting million dollar jury verdicts against some of the largest corporations in world. Mr. Hoyt’s advocacy not only enabled his injured clients to obtain justice, it also created new legal precedents which helped even the playing field for consumers and workers throughout Montana. A number of Mr. Hoyt’s former partners went on to serve on the Montana Supreme Court, which prompted one former United States Senator to remark “while it was not required to have practiced with John Hoyt to sit on the Montana Supreme Court, it did not hurt.” The attorneys at Hoyt and Blewett continue to utilize the advocacy techniques and strategies pioneered by Mr. Hoyt during his celebrated career.

Meet the other members of our firm. 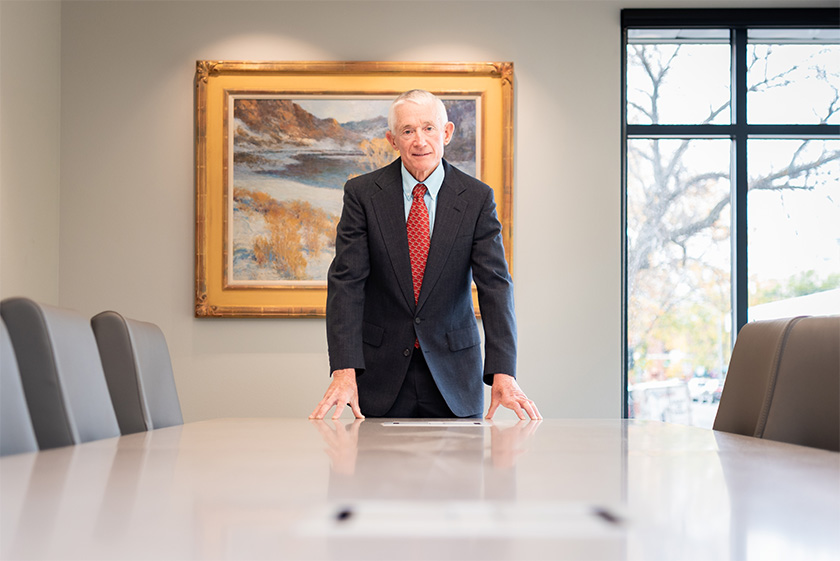 All of the attorneys at Hoyt & Blewett PLLC have earned an AV® Preeminent Peer Review Rating by Martindale-Hubbell™, the highest recognition possible in the legal industry, for professionalism and ethics.

Joseph P. Cosgrove has been with Hoyt & Blewett PLLC for more than 25 years and is also listed as one of the “Best Lawyers in America,” and Mountain States Super Lawyers. He has been instrumental in several trials that resulted in verdicts in excess of $1,000,000.

The attorneys at Hoyt and Blewett publish articles on litigation and speak at legal seminars around the State of Montana, and the nation, concerning trial work.

Our firm specializes in personal injury law, and we’ve chosen to fight for injured individuals rather than companies. After a thorough screening process, our attorneys only accept Montana injury claims that we determine are meritorious. Upon accepting a case, we work diligently to ensure our clients have the opportunity to recover any and all compensation allowed under Montana law.

The Montana law firm Hoyt & Blewett PLLC and our personal injury attorneys abide by the highest legal and professional standards in our work for our clients. If you are confronted with an unfortunate and traumatic personal injury or wrongful death, you will want to be able to depend on your attorney to provide the most thorough respect and attention to your case.

Call the Montana personal injury lawyers at Hoyt & Blewett PLLC today at (406) 233-1302 or contact us online to schedule your initial consultation.